Well what an exciting week we have had in Reception. We have been learning all about dinosaurs. On Monday we received some dinosaur eggs to look after from the Natural History Museum. We were told what we had to do, and we followed the instructions very very carefully, the children were so sensible. We learned that dinosaurs are extinct and lived millions of years ago. Despite this, we were very suprised this morning to find that two of the eggs have hatched and we have two tiny dinosaurs on the loose! 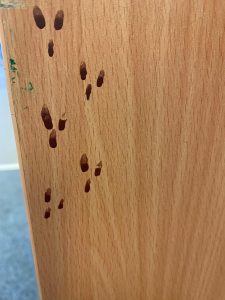 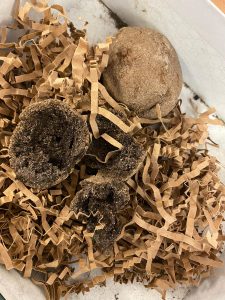 We haven’t seen them yet as we think they are scared, we only know where they have been by their footprints. The museum have assured us someone will come and pick them up, within two weeks! We aren’t scared though as the dinosaurs are herbivores. That was one of our words in this week’s vocabulary, the other words were carnivore, dinosaur and paleontologist.

In maths we have been using our maths skills to solve word problems. The children have to identify which mathematicall skill they need to solve the problem. We gave them simple problems such as “I find 6 dinosaur eggs in one hole, then 3 in another, how many eggs altogether?” We practised finding the important information – the numbers, and the words ‘altogether’ and ‘left’ we decided were important clues to what we needed to do.

We have also begun talking about Year One. We have watched a video tour of Year One with Mrs Tucker, and have looked at the Year One transition booklet (you will receive this on Monday when the children come home). The children are really excited and enthusiastic about the move into their new classes which is great to see. It can also be a worrying time for even the most confident of children so we will be talking about any worries the children may have over the next few weeks.

The sun has finally come back out, so we hope you enjoy a sunny weekend.