Good morning Year 5 – we hope that you are getting back into the swing of home learning!

You have a reading challenge today from Bella the dog. She is missing everyone and hopes to see you all again soon. You can either print this off and put it into your home learning pack or just put a written record of it in. Let us know via the blog each day which ones you complete. 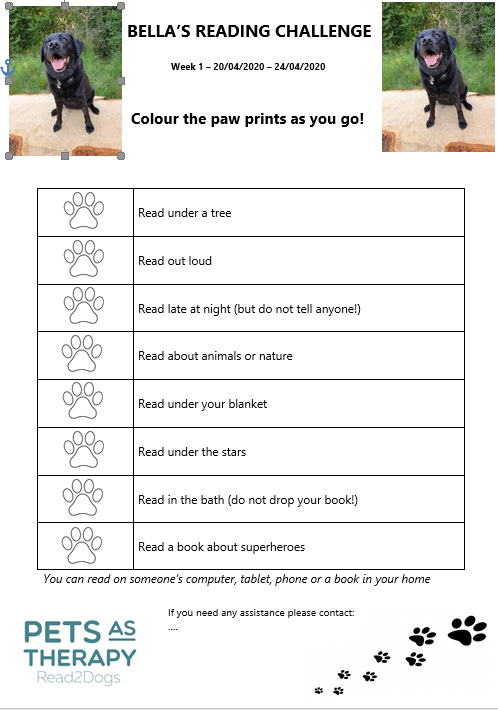 Read the following myth and answer the questions

The Myth of Isis & Osiris

Once upon a time, a long time ago, when the earth was new and fresh and everything was relishing in the joy of creation, the earth was covered with water. A single egg floated on the water. When that egg hatched, the god Ra was born. A keen and diligent individual, Ra did not want to spend his time aimlessly floating around, unproductive and futile, so he flew into the sky and became the sun.

Ra dried up much of the water and made the land. Ra was pleased with his accomplishments, but equally, he found himself feeling lonely, thus he made a wife. He named her Nut.

Ra made many other gods and goddesses to keep him company. He put them all to work. His creations found themselves highly occupied, running the world. Yet, they all decided to have children, because children were glorious things to have.

Soon, there were copious gods and goddesses and Ra was the father or the grandfather or the great-grandfather of them all! All children are glorious, but to Ra, one child was especially important. That child was his grandson, Osiris. Osiris had a brother named Set. Ra cared for Set but the apple of his eye was precious Osiris.

To show Osiris how much he was cherished, Ra made Osiris the first Pharaoh of Egypt. In time, Osiris married Isis, his one true love, and the king (Osiris) and queen (Isis) settled down in a nest of contentment with their son, Prince Horus.

Meanwhile, seething in his brother’s shadow, Set was fiercely envious. Why should Osiris be named Pharaoh and not he? In a fit of anger, Set killed his brother Osiris, and brutally chopped him into fourteen pieces. He threw the pieces into the Nile River so they could never be discovered.

Set was sure that his crime would forever remain secret. However, even in these times, rumours spread like a plague. The news of Set’s heinous crime soon found Isis, the late King’s wife.

Isis managed to gather the pieces of her beloved Osiris. She brought these pieces to Anubis, the jackal-headed god. Anubis was very astute; he managed to put the pieces of Osiris together again. Yet, sadly, he did not have the power to resuscitate him, so that Osiris could resume his place beside his beloved Isis, and rule Egypt as king.

When the great Ra heard of this, he was deeply enraged. With sudden fury but a stroke of wisdom, he banished Set and gave Osiris a new job – an even better job. He made Osiris the god of the dead, which was the most important job of all. Osiris could rule over the land of the dead, and be dead himself. In fact, he would have to be dead, for mortals were forbidden from entering the land of the dead.  The plan was faultless, or so Ra believed.

In honour of the god Osiris, the Pharaohs of Egypt carry a crook and a flail, the symbols of Osiris. The crook especially became the symbol of rulers. The crook looked a great deal like a snake and was made out of wood. They used wood because wood was scarce, which in turn made it even more special.

From then on, and even today, once each year Isis travels to the riverbank. Remembering and dreaming, tears fall from her eyes. That is why the Nile River rises and floods each year, to bring life to everyone and everything along the Nile. When Isis cries, the Nile will rise!

Set was sentenced to death for his crime

5.  What are three things that Ra did at the beginning of the myth?

6.  Look at the paragraph beginning ‘Set was sure that…’. Find and copy a phrase that tells you that stories travelled quickly in those times.

Maths – Today we want you to look at the properties of 3-D shapes. Tell us what you can about the following shapes:

You should include the amount and type of faces, as well as the number of edges and vertices.

Remember when researching and replying on the blog, only use vocabulary that you understand and know the meaning of. If you don’t know what a word means – find it out!

History – Find out when the Ancient Greeks were around. Find 5 important events and put them on to a timeline.