Start by having a look at this week’s vocabulary:

Credentials – a qualification, achievement or quality of a person.

Now read the next part of the text:

The sight of us setting off into the dark brought Mrs Henderson running. Together, we soon found Queenie’s house, which stood halfway down the main street. Just as Gloria predicted, you could see the lighthouse properly from here – or as properly as was possible in the dark.

“This is it,” Mrs Henderson shouted over the wind. “The post office.”

Yet the post office part was only one small bay window with the blinds pulled down. The rest of the house towered over us, important-looking with wide steps leading up to a huge front door. My jaw dropped in amazement at the size of it.

Shivering with cold and tiredness and the last glimmers of excitement, I tucked my arm through his. “Isn’t it marvellous?” I couldn’t wait to see inside.

Yet after three hearty raps on the front door Queenie still didn’t appear.

“She’ll be down in the cellar, unable to hear us,” Mrs Henderson muttered in annoyance. “Knock on the glass, Olive, will you?” and she pointed to the left of the steps where, almost hidden by ivy and blackout curtains, was a cellar window.

I did as she asked. Finally, as we heard footsteps approaching from the other side of the door, a sudden bout of shyness came over me. The person I was about to meet was Sukie’s penpal. She’d be wonderful, I was certain. I just hoped she didn’t mind having us foisted on her, a pair of windswept, homesick kids.

The door inched open. From behind it peered a small, plain-looking woman who at first glance could have been fifteen or fifty. She was wearing an enormous green sweater that reached her knees. Assuming she was the housekeeper, I stared past her into the hallway.

“Your evacuees are here, Queenie,” Mrs Henderson said rather pointedly.

I put my suitcase down in surprise. So this was Queenie? I could see now she wasn’t that old. She wore glasses and had freckles and reddish, poker-straight hair. I supposed I was expecting someone fashionable like Sukie, and she wasn’t.

Clearing my throat, I stammered, “We’re … ummm … We live next door to Gloria in London. She … ummm … arrange for us to come and stay.”

Queenie eyed us coolly. Her glasses were so thick it was liked being stared at through a fish tank. “You’re rather weedy-looking. I was expecting someone stronger.”

I blinked, taken aback. Sukie always said I was slender, which sounded nicer even if it wasn’t true.

Queenie brightened. “Can you run? Who’s the faster, you or your brother?”

“I was the fastest in my class at school,” Cliff chipped in.

“And even weedier than your sister, by the looks of you,” Queenie remarked.

Cliff stared at her, wide-eyed and open-mouthed. It was almost funny, except it was taking all my concentration now not to burst into tears.

“I’m checking their credentials,” Queenie replied sharply. “I need workers, Mrs H. You know how busy it’s been here since I lost the Jenson boys.”

How do you think Olive is feeling at this point?

Write a description of Olive’s feelings.

Have a look at the sentences below:

The boy kicked the ball.

The ball was kicked by the boy.

What do you notice?

Have a look through this PowerPoint about active and passive sentences and complete the work as you go.

Who fought for Britain in World War Two? 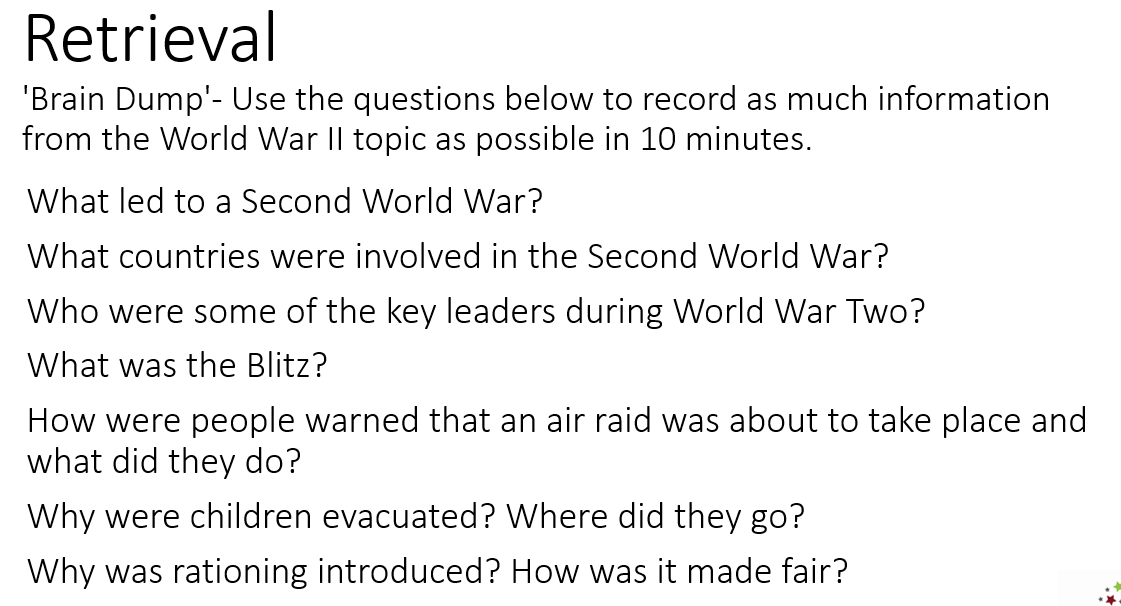 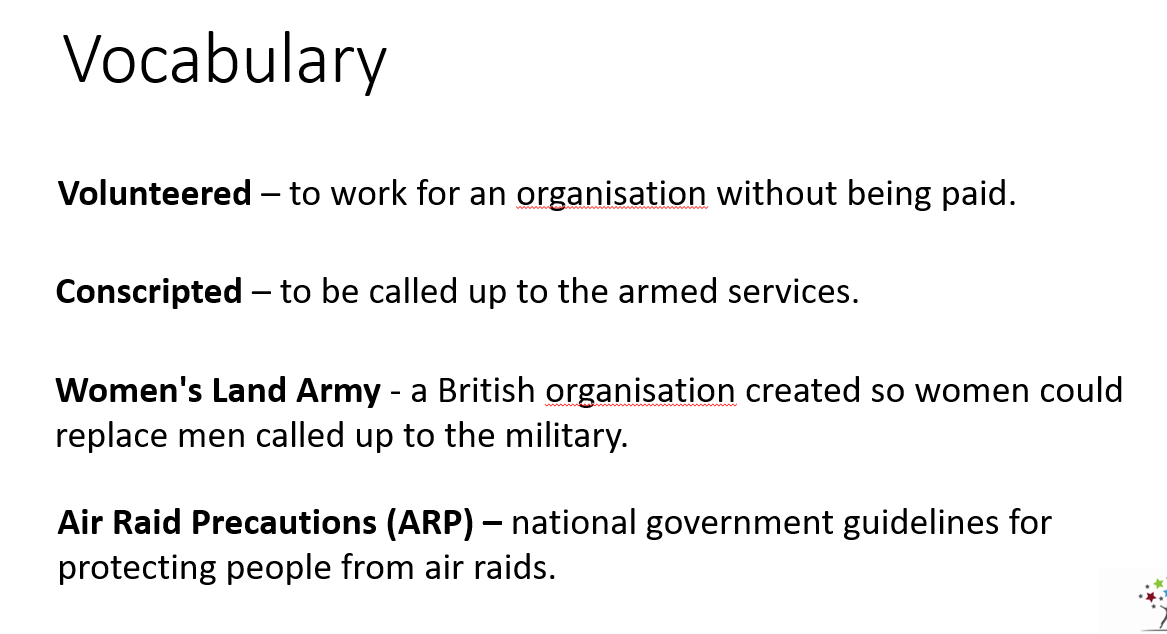 Watch these videos to learn about the people in the pictures:

What contribution did these people have towards the war?

Write a detailed answer to the following question:

Who were the heroes of World War Two in the UK?