Good morning my lovelies.  How are you all?

Parina told me she has been doing some baking at home.  Has anyone else tried something new?

Science video-  have you seen this gas which is heavier than air?   I thought you might like it after our work in Science last week and yesterday. 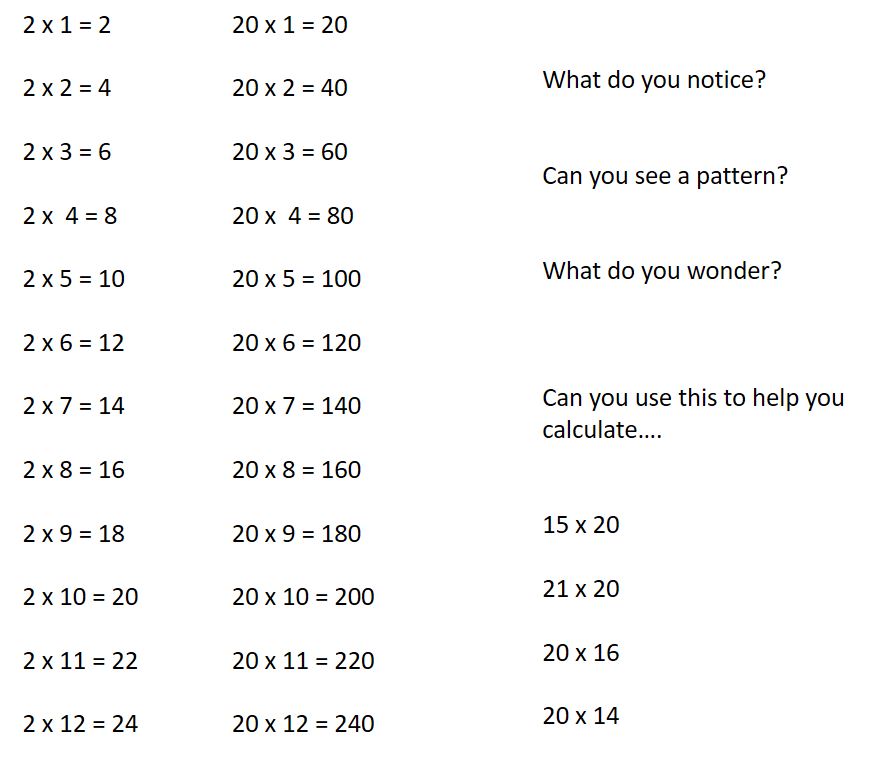 We have spent 2 days multiplying 2 digit by 2 digit numbers and I’m really proud of how well you have all understood the idea.  I just want to have a final day practising this to make sure everyone is as confident as they should be.

Here is a guide to remind you how what we should be doing. 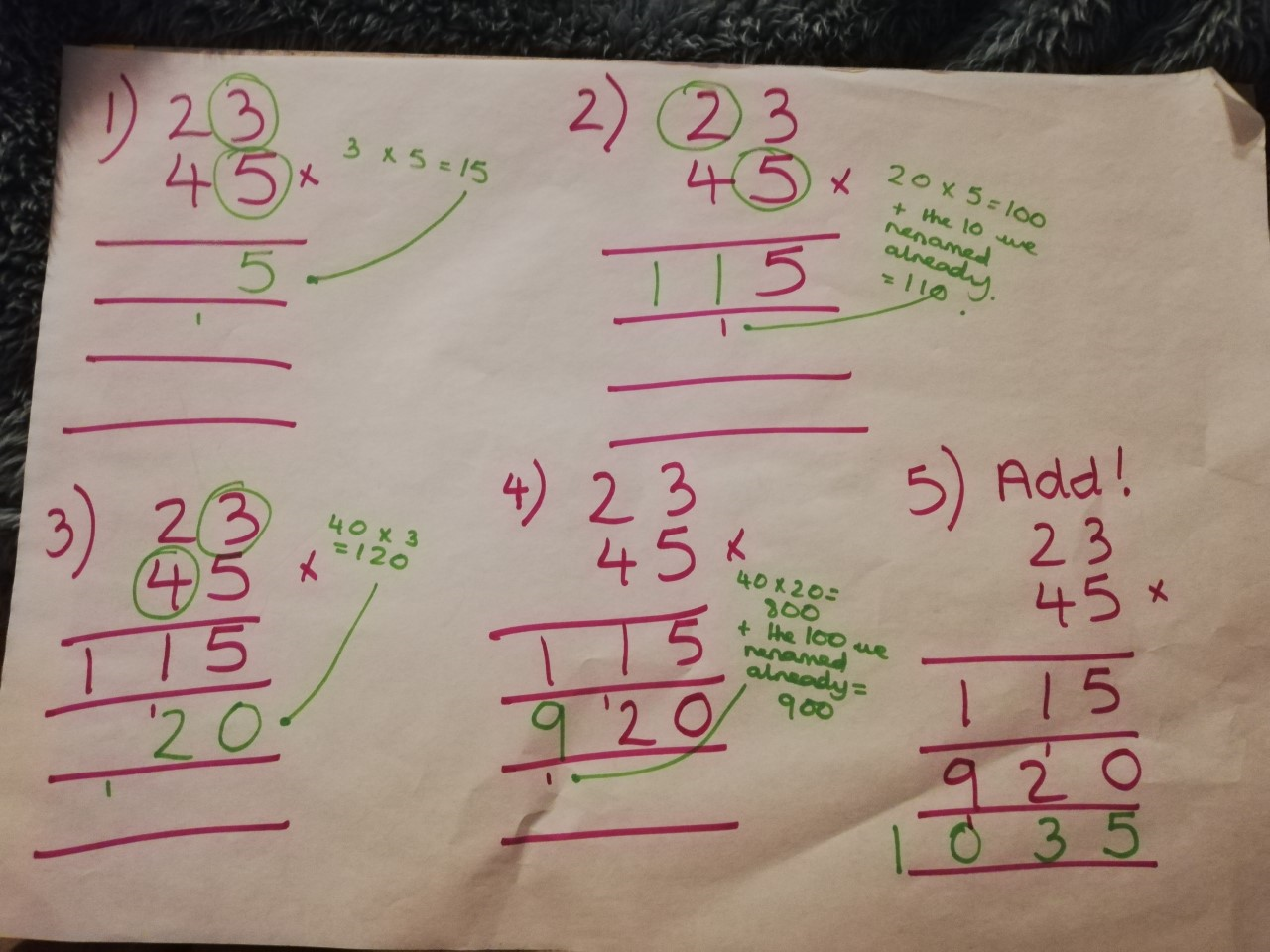 Now have a go!   I will put the answers to the first 2 of each level on at lunchtime so you can check how you are doing. 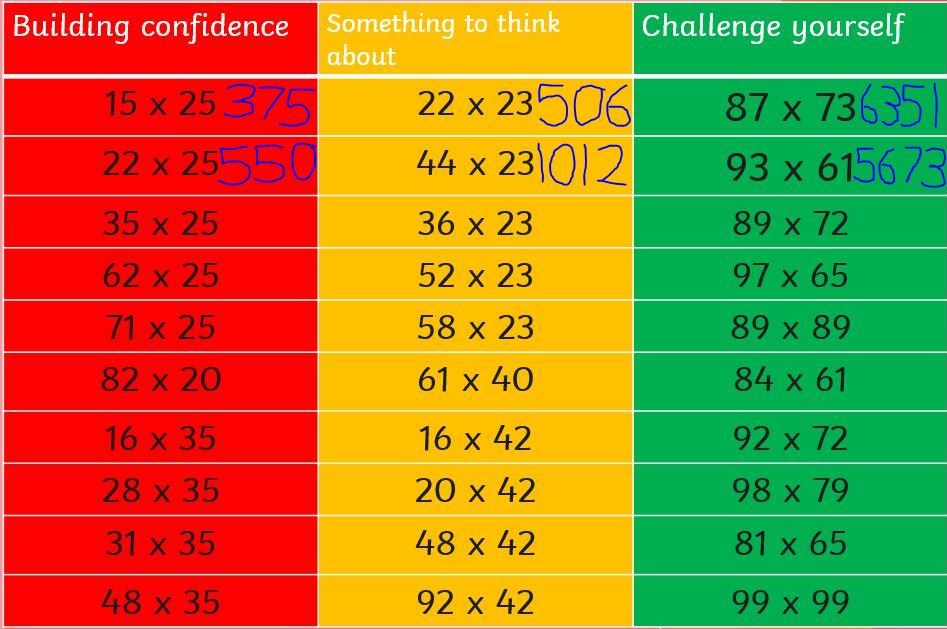 So sorry!  Alex was correct this is the same one you had yesterday.

Here is the correct one.  So pick whichever you haven’t already done!

Challenge 1- have a go at these missing number problems 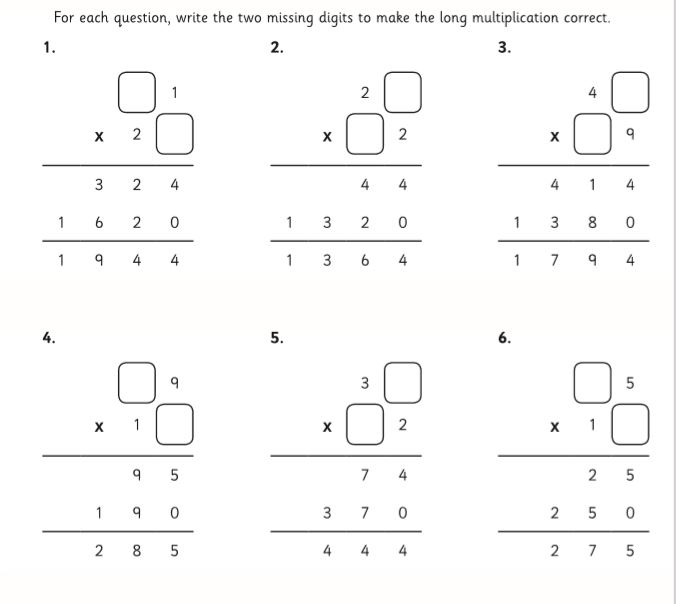 Challenge 2- have a go at this task using multiplication tables

It is really good to watch Shakespeare being performed.  Normally we would have acted out this speech ourselves in different ways, in the classroom, but you can get a good idea of what is happening by watching this clip. .

Summarising is the skill of taking a lot of writing in someone else’s words and explaining it clearly and concisely (briefly) in your own words.  So we’re going to have another go at this today.

In 6 points or less,  can you tell me what Egeus is saying- in your own words.  I’ll start you off…

Last week we started writing the beginning of the story for ourselves, by describing Athens.     Can you take your summary from above,  and use it to help you tell the next part of the story.   Our reported speech work from yesterday will help aswell.   Don’t forget your punctuation!

Here is my beginning from last week, and the start of my next part.

If you want to restart from the beginning that’s absolutely fine.   We will be adding at least a paragraph to our story each week,  so keep it somewhere safe!!!

The curtain rises on Athens,  a white and golden city, bright and joyous as a wedding cake.  Everywhere there is celebration for the marriage of Duke Theseus to Hipployta, the Queen he has won in battle.  Their happiness spread through the whole of the city.  People had decorated their houses with flowers and left lamps burning in their windows at night,  so that the streets twinkled like a city of stars.  Everyone seemed joyful and excited as they prepared to celebrate.  But in the midst of this happiness , there was a speck of misery, like a sour plum…

A few days before the much awaited wetting, Egeus  (a well respected citizen of Athens) bought his daughter, Hermia, to the court of Duke Theseus.   Grabbing her by the arm Egeus dragged her in front of all the noble guests gathered there.   He explained that he was angry with her because

Have a go at performing Egeus’ speech yourself,  record the best version and email to me at yearfive@lingsprimary.org.uk.   I might add some of them to the blog for everyone to see!

Last week we discovered the causes of The Great War,  (as people called it at the time).  This week we’re going to find out a bit more about some of the events and their chronology (time)

Your final task is to create a time line of the events in WW1.  You can show me this in writing, or be a bit more creative-  factfile,  diagram,  model,  act it out,  model etc.

Mr Bushell has put this in a separate link.

There is a TTRS challenge between Tull and Pankhurst classes until Friday… who will win?