Describe this character in as much detail as you can. 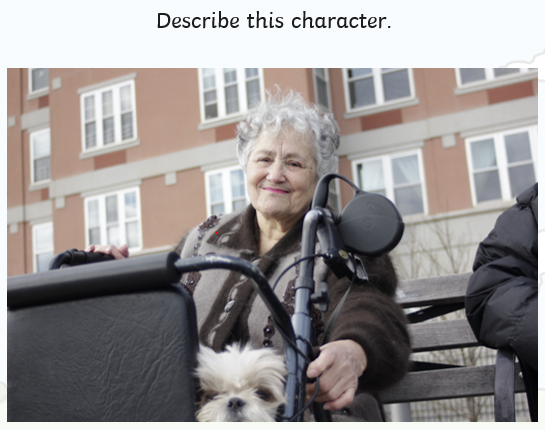 Early Monday morning we caught the bus to Paddington Station. As was usual these days, I’d barely slept a wink. For once, though, there was a bit of good cheer in the air, and with the fish paste sandwiches Mum had made us for the journey if felt almost like we were going on a day trip. Gloria, who’d come along to keep our spirits up, also had news to share.

“I’ve done a bit of asking about,” she said, “and managed to sort a very nice place down in Devon for you both to stay. It’s by the sea and – ”

“Are we going to stay with your sister?” I blurted out.

I grinned, delighted. This was good news because, being Sukie’s pen-pal, Queenie might know something about her disappearance, or be able to shed light on my boyfriend theory. She might even be able to explain about the map. Besides, going to stay with someone who knew my sister meant we’d not be living with a total stranger. I’d never met Queenie, but I knew she’d taken on running the village post office after her and Gloria’s parents died. She was only nineteen, so it was a big responsibility, but Gloria said that’s what the war did to people – it made them grow up fast.

“What d’you think, Cliff?” I gave him an enthusiastic nudge. “We’re going to stay by the sea!”

He looked up form the Beano comic he was reading. “Can you see the beach from the house?”

“Better than that Cliff: you can see the lighthouse,” Gloria replied.

Cliff and me shared an excited look: a lighthouse!

“Queenie’s place is enormous – attics, cellars, the works,” Gloria went on. “And it’ll be nice to travel down with the other children being evacuated, won’t it, eh?”

“Other children?” This threw me rather. “I thought they’d all gone already.”

“From your school, yes. A few schools stayed open in other parts of the city, but it’s got so bad lately they’ve been told to leave as soon as they can.”

1) Was Olive a good sleeper? How do you know?

2) Where are Olive and Cliff being evacuated to?

3) Why was Olive happy about staying with Queenie?

4) What did Olive know about Queenie?

5) What are the children most excited about?

6) What surprised Olive? Why?

Think about everything that we have read so far. Re-write the main events of the text in your own words.

Watch these two videos. When you have finished complete the questions linked underneath.

Go through the PowerPoint to learn Spanish numbers

Now complete the work below (if you can’t print the worksheet, draw the shapes yourself) 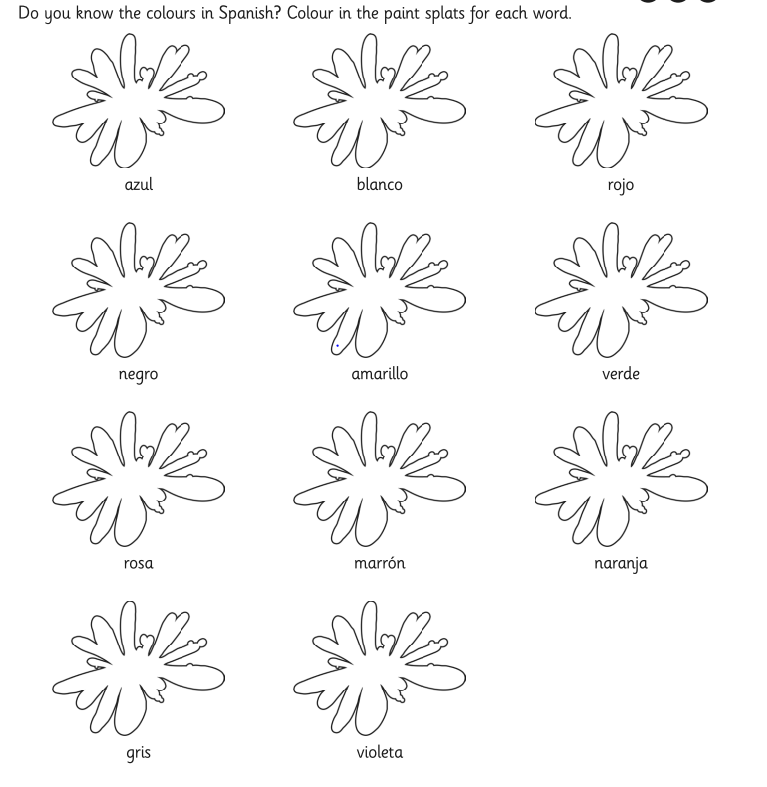