We look forward to seeing you on Zoom at 9:05am. 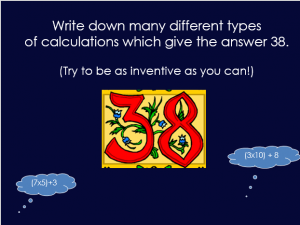 Start by having a read through today’s text:

The little town was so close that he could see the ant-like shapes of people running about on its upper tiers. How frightened they must be, with London bearing down on them and nowhere to hide! But he knew he mustn’t feel sorry for them: it was natural that cities ate towns, just as the towns ate smaller towns, and smaller towns snapped up the miserable static settlements. That was Municipal Darwinism, and it was the way the world had worked for a thousand years, ever since the great engineer, Nikolas Quirke, had turned London into the first Traction City. “London! London!” he shouted, adding his voice to the cheers and shouts of everybody else on the platform, and a moment later they were rewarded by the sight of one of Salthook’s wheels breaking loose. The town slewed to a halt, smokestacks snapping off and crashing down into the panicked streets, and then London’s lower tiers blocked it from view and Tom felt the deck-plates shiver as the city’s huge hydraulic Jaws came slamming down.

There was frantic cheering from observation platforms all over the city. Loudspeakers on the tier-support pillars started to play “London Pride”, and somebody Tom had never even seen before hugged him tight and shouted in his ear,” A catch! A catch!” He didn’t mind; at that moment he loved everybody on the platform, even Melliphant. “A catch!” he yelled back, struggling free, and felt the deck-plates trembling again. Somewhere below him the city’s great steel teeth were gripping Salthook, lifting it and dragging it backwards into the Gut.

5)      What effect does this comparison have on the reader?

6)  How do you feel about what you have read? Why?

Have a read through the next part of the text:

“… and perhaps Apprentice Natsworthy would like to come as well,” Clytie Potts was saying. Tom had no idea what she was talking about, but as he turned she touched his arm and smiled. “There’ll be celebrations in Kensington Gardens tonight,” she explained. “Dancing and fireworks! Do you want to come?”

People didn’t usually invite Third Class Apprentices to parties – especially not people as pretty and popular as Clytie – and Tom wondered at first if she were making fun of him. But Melliphant obviously didn’t think so, for he tugged her away and said, “We don’t want Natworthy’s sort there.”

“Well, you know,” huffed Melliphant, his square face turning almost as red as Mr Pomeroy’s. “He’s just a Third. A skivvy. He’ll never get his Guild-mark. He’ll just end up as a curator’s assistant. Won’t you Natsworthy?” he asked, leering at Tom. “It’s a pity your Dad didn’t leave you enough money for a proper apprenticeship …”

“That’s none of your business!” shouted Tom angrily. His elation at the catch had evaporated and he was on edge again, wondering what punishments would be in store when Pomeroy found out that he had sneaked away. He was in no mood for Melliphant’s taunts.

“Still, that’s what comes of living in a slum on the lower tiers, I suppose,” smirked Melliphant, turning back to Clytie Potts. “Natsworthy’s mum and dad lived down on Four, see, and when the Big Tilt happened they both got squashed flat as a couple of raspberry pancakes: splat!”

Tom didn’t mean to hit him; it just happened. Before he knew what he was doing his hand had curled into a tight fist and he lashed out. “Ow!” wailed Melliphant, so startled that he fell over backwards. Someone cheered, and Clytie stifled a giggle. Tom just stood staring at his trembling fist and wondering how he had done it.

But Melliphant was much bigger and tougher than Tom, and he was already back on his feet. Clytie tried to restrain him, but some other Historians were cheering him on and a group of boys in the green tunics of Apprentice Navigators clustered close behind and chanted, “Fight! Fight! Fight!”

Tom knew he stood no more chance against Melliphant than Salthook had stood against London. He took a step backwards, but the crowd was hemming him in. Then Melliphant’s fist hit him on the side of the face and he was bent double and stumbling away with his eyes full of tears. Something as big and softly yielding as a sofa stood in his way, and as he rammed his head against it, it said, “Ooof!”

He looked up into a round, red, bushy-eyebrowed face under an unconvincing wig; a face that grew even redder when it recognised him.

“Natsworthy!” boomed Chudleigh Pomeroy. “What in Quirke’s name do you think you are playing at?”

During this piece of text, there is a lot of speech.

Can you remember all of the rules of speech?

Watch the video and read the information at the link below to remind yourself about the rules of speech.

Continue the conversation between Tom and Chudleigh Pomeroy – make sure you punctuate it correctly.

Today we are going to be looking at missing numbers calculations e.g.

You can see that in my calculation, I have some digits missing in the answer and in the question. My job is to work out what the missing digits are.

Watch this video where I explain what to do:

Now try some of your own:

Please spend the next hour completing the work on the PE blog and using your Jasmine login.

Spend a bit more time learning about coding at the following link:

Make sure you take part in this week’s competition – it ends tomorrow.

Another great day Year 6. Have a lovely evening and we look forward to seeing you all tomorrow.