Some fantastic work that we have seen over the last couple of weeks. 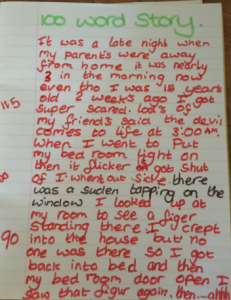 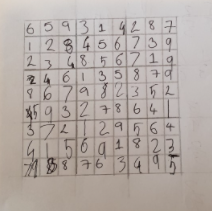 Our next door Neighbor is old. So old he looks ancient, one time we caught him with dust on his forehead. I thought he was an Egyptian. Sometimes I hear him talk in a Victorian language. His wrinkles are even wrinkly than my Grandma.  His eyes are so bad he wears glasses holders that look old he doesn’t even use the holders he just cuts it  of and lets it dangle.His purple jumper, he wears every day, is so old he’s been wearing that since I was born. 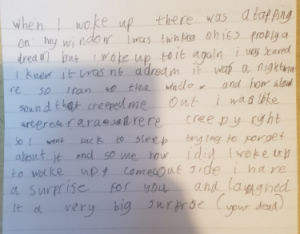 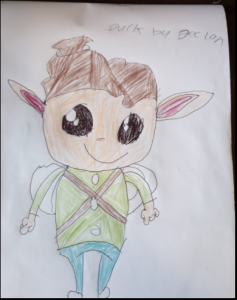 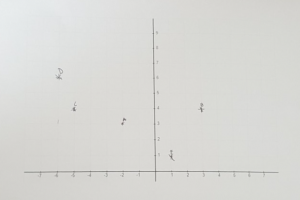 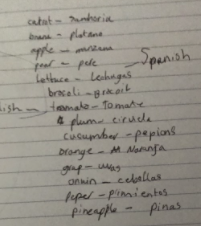 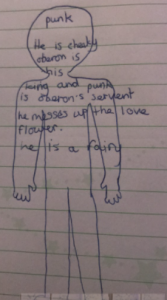 William’s Role of the Wall

Suddenly, there was a tappin on the window . I was under my quilt shaking thinking what is it ? At 12 AM i finally was brave so i went out and saw and omg it was my cat bella clawing at the window paine.So i opened the window and it went on my cosey bed the end.

There was a man named Gregory He was a scientist he created dinosaurs for a living and they never seemed to work but then he was successful he created a rapter from Jurassic world, he used the same ingredients that Dr.Wu used some cuttle fish DNA,tree frog DNA,Tropicle fish DNA and camel DNA to create the dinosaurs he went back home.Until he forgot to lock the dinosaur chamber door and his lab building door then there was a sudden tapping on the window then that sudden tapping became hard scratching. Gregory Peeked through and it was a Velociraptor then IT SMASHED THROUGH THE WINDOW Gregory went for the sniper rifle but the raptor jumped at him but Gregory had a knife and STABBED it in the rapters neck as it crumbled down in pain as it bled out and fell down on the ground. it did one last roar the got the attention of alot of dinosaurs and the Rex charged at his house and Gregory charged out but 6 more raptors came over to his house and the T-rex got distracted by a spinosaurus eating a humans insides then battled while Gregory shot the raptors but they missed them and tackled him and gave him a grusome death ripped him from limb from limb eating his insides, pulling his eyes and tounge and teeth out.This is why you should never bring them back…The EndAlso i am going to do that even though I told my self not to.

Suddenly,there was a sudden tapping on the window. I tried to ignore it and go to sleep but it was just too loud. that was when I went up to the window as I saw something run past and then it’s smashed his face against the window. I ran to the wardrobe and it smashed the window and crawled in. I was frightened to death I could hear my heart pounding eventually I came out of the wardrobe and I ran to mum’s and dad’s room panting and after that I never left my bed at night

Jeff and bob went tapping on jakes window and then Jake said there’s a sudden tapping on the window💥🗡🔫 Jeff and bob suprized Jake with a toy gun and sword and then Jake teleported to the middle ages when the hanger existed DUN DUN DUUUUN jake was so scared he saw a crowd of people standing around a person with a bag on his head a rope was around his neck and a trap door he was standing on people counted down 5 4 3 2 1 the trap door opened and all that was left is a hanging head.