I hope you had a lovely weekend and are ready for another fantastic week of learning.

What do you think of when you hear the word ‘fairies’?

Do you think of sweet, innocent fairies: 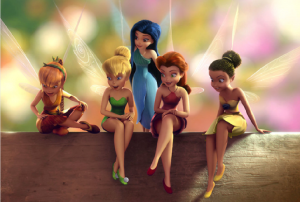 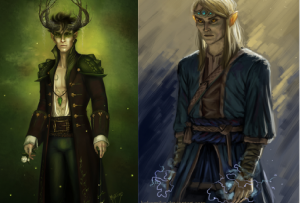 Throughout history, fairies have been represented in many different ways.

Read the text below which explains how fairies have been thought of throughout history.

Fairies today are the stuff of children’s stories, little magical people with wings, often shining with light. Typically pretty and female, like Tinkerbell in Peter Pan, they usually use their magic to do small things and are mostly friendly to humans.

We owe many of our modern ideas about fairies to Shakespeare and stories from the 18th and 19th centuries. Although we can see the origins of fairies as far back as the Ancient Greeks, we can see similar creatures in many cultures. The earliest fairy-like creatures can be found in the Greek idea that trees and rivers had spirits called dryads and nymphs. Some people think these creatures were originally the gods of earlier, pagan religions that worshipped nature. They were replaced by the Greek and Roman gods, and then later by the Christian God, and became smaller, less powerful figures as they lost importance.

Another explanation suggests the origin of fairies is a memory of real people, not spirits. So, for example, when tribes with metal weapons invaded land where people only used stone weapons, some of the people escaped and hid in forests and caves. Further support for this idea is that fairies were thought to be afraid of iron and could not touch it. Living outside of society, the hiding people probably stole food and attacked villages. This might explain why fairies were often described as playing tricks on humans. Hundreds of years ago, people actually believed that fairies stole new babies and replaced them with a ‘changeling’ – a fairy baby – or that they took new mothers and made them feed fairy babies with their milk.

While most people no longer believe in fairies, only a hundred years ago some people were very willing to think they might exist. In 1917, 16-year-old Elsie Wright took two photos of her cousin, nine-year-old Frances Griffiths, sitting with fairies. Some photography experts thought they were fake, while others weren’t sure. But Arthur Conan Doyle, the writer of the Sherlock Holmes detective stories, believed they were real. He published the original pictures, and three more the girls took for him, in a magazine called The Strand, in 1920. The girls only admitted the photos were fake years later in 1983, created using pictures of dancers that Elsie copied from a book.

After reading the text, did anything surprise you?

Has it changed what you thought or felt about fairies?

Write a comparison table (like the one below) about how people feel about fairies.

Use the information that you have read and what you have put in your table to answer the following question:

Are fairies usually seen as a good or a bad creature?

In today’s lesson, we are going to look at how we use hyphens correctly in our writing.

Remember this is a hyphen: –

It looks like a dash but is smaller and we use it to join two words together to make a new one.

Read the information on this PowerPoint about when to use hyphens, completing the tasks as you go.

Write a paragraph about a topic of your choice which contains at least 10 hyphenated words (try to make the type of hyphen different).

This week, we will be completing some Rapid Reasoning at the start of each lesson. Remember to give yourself 5 minutes to answer all of the questions.

Here are your questions for today: 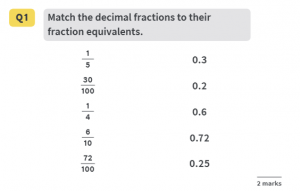 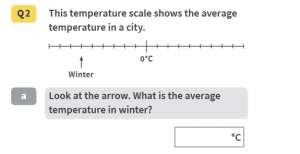 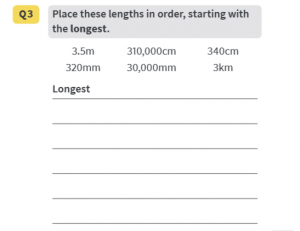 Find something in the house that has a variety of colours

We will need these to help us today because we are going to be looking at collecting and organising data.

Before looking at your items, think about the following questions:

To do this, we will be looking at data handling.

Data – facts or statistics collected together.

This week, we will look at lots of different ways that we can present data.

Watch the video at the link below which will explain what a tally chart and a frequency table are and show you how to create one. You don’t need to watch it all if you understand.

Now we are going to use our tally chart and frequency table to create a Bar Chart.

A bar chart is another way that we can represent data. 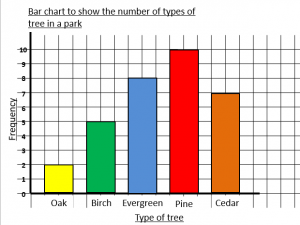 It must contain the following things:

Draw a bar chart using your data from the tally chart.

Hint: make sure you take your time when drawing your axis so that you have enough space to draw your bars.

Finally use your graphs to answer these questions:

Spend 20 minutes reading a book of your choice or catch up with my daily reading on the blog.

This week’s question is:

How was the kingdom created?

Have a think back to last week and see if you can answer these questions:

Unified – made whole, one

Read the following information about the kingdom came together:

It is hard to imagine how, more than 1,000 years ago, a vast and wealthy kingdom began to grow deep inside the rainforest of West Africa. The Kingdom of Benin was built by the Edo people. The early history of the Edo people between the 9th and 13th centuries is hard to fully piece together as there were no written records left. However, archaeological evidence and spoken history have helped to build a picture of how the civilisation began.

The Edo were not the first people to live in the area but we know that they developed the kingdom. They had previously lived further north in the continent of Africa where they grazed animals on open grassland. We are not sure why they had to move south. It could have been because others wanted their land.

In around AD900, the Edo people started to live together first in small family groupings and then in village settlements made up of several family groups . They made clearings in rainforests by cutting down trees. The groups lived happily but life was precarious. Many of these groups then joined up with others to form  larger communities which offered them protection from wild animals and rival villages. In addition to this, some villages and tribes joined together to form a conglomerate that improved trading. As this process went on, the communities became larger and formed the unified kingdom of Benin which was ruled by an ‘Ogiso’

What does this tell us about how the kingdom was created?

Do you think joining together to make a kingdom is a good idea? What are the benefits or disadvantages of doing this?

Create a grid using these headings and fill it in with your own thoughts and ideas:

Imagine you are in charge of a group of people and you would like other groups to join yours.

Write a speech that encourages them to join your group.

Are you a Crystal Explorer?

Complete the game below to find out! When given the game options, choose spelling.

Listen to the next chapter of The Explorer

If you enjoyed the broadcast of A Midsummer Night’s Dream last week, a new one is ready for you to watch if you would like to.

This week it is Romeo and Juliet.

See you in the morning! For tomorrow’s Zoom, you will need a piece of paper and a pen or pencil.