Today’s reading comprehension continues to be about our Geography topic on ‘Rivers.’ The focus is on ‘World Rivers.’

Remember to answer the questions in full sentences. 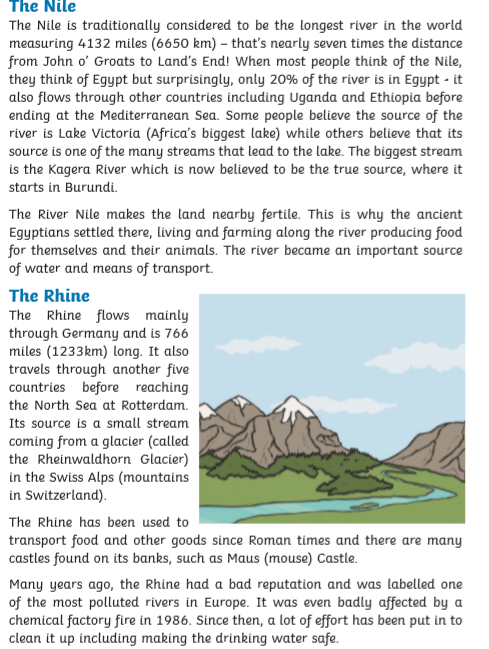 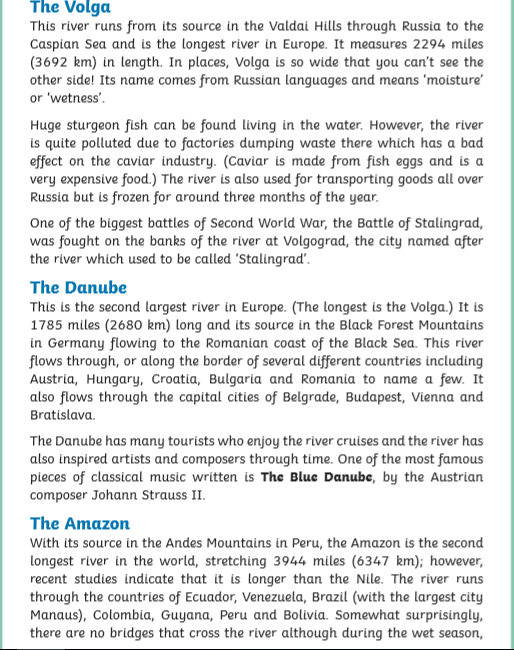 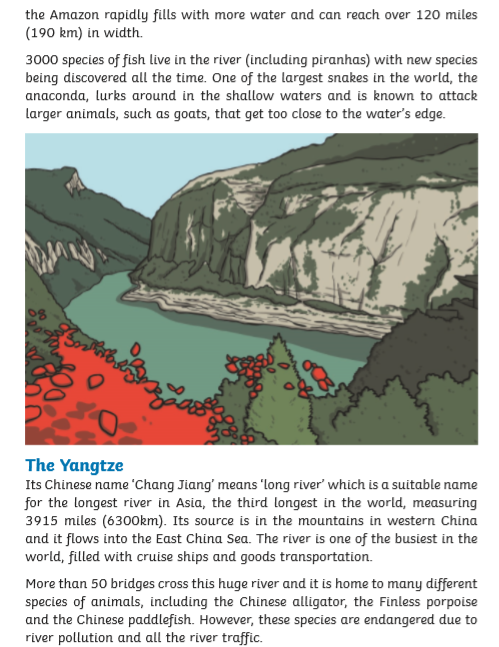 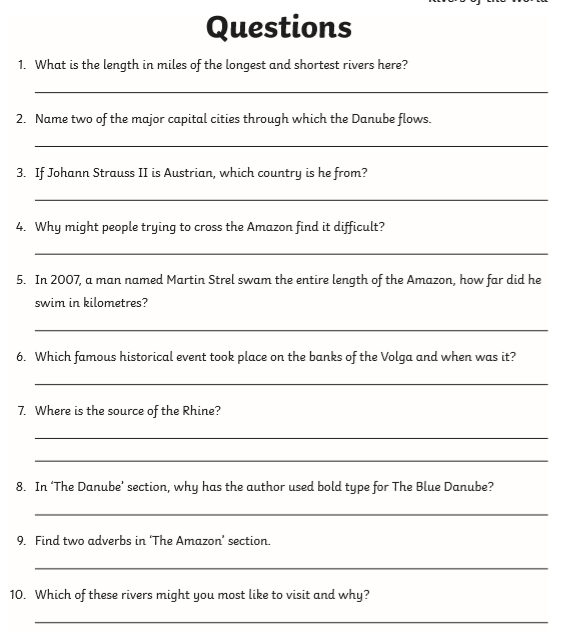