Today is VE day. There are no home learning activities as today is a bank holiday.

Below are some activities you can do at home to celebrate.

What is VE day? 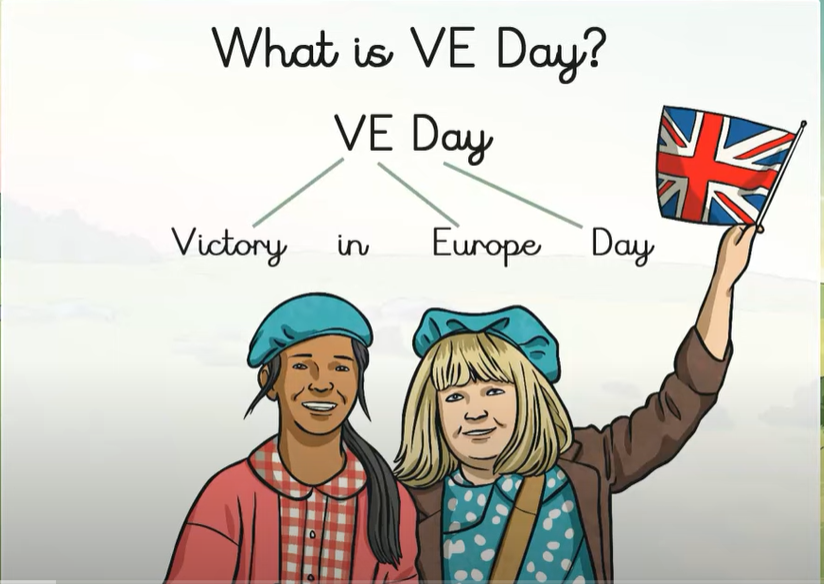 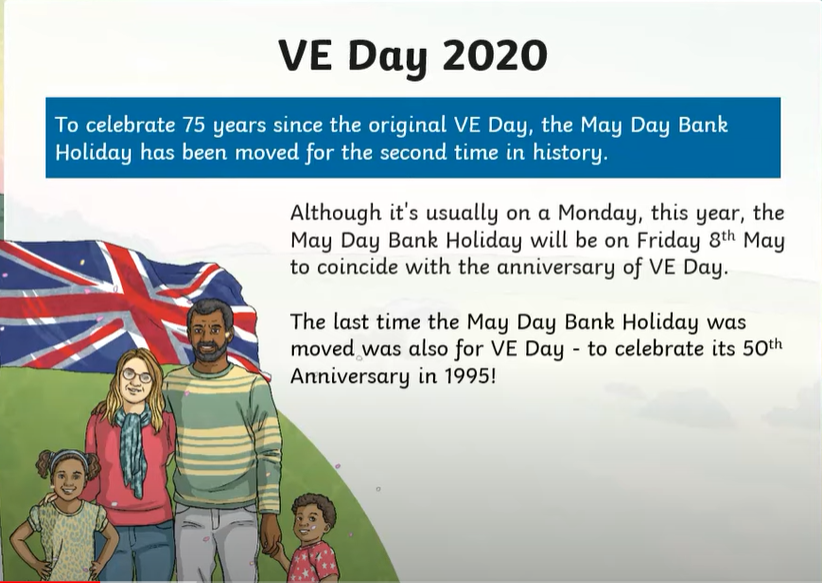 The most important thing to remember is that we are not celebrating war. We are remembering those people who fought, died and contributed to the war effort. 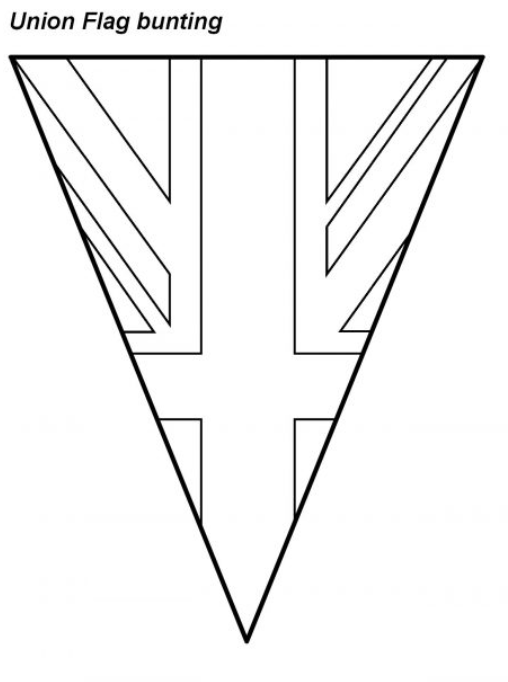 *Things to watch on T.V

Whatever you are doing to celebrate VE day, we hope you are safe and having fun.