We are at the end of week 3 of our home learning experience!

I’m sure we will all talk about and share experiences of these past few weeks later on in our lives!

Thank you again for joining in with and completing the daily tasks on the blog.

If you are having a go at the tasks on paper or in books then do let us know what you’ve completed by commenting at the bottom of the page.

We hope you enjoy the days activities and have a restful weekend.

Read this text about the Anglo-Saxons and answer the questions in full sentences underneath.

By around 410AD, the last of the Romans had left Britain to go back to Rome and England was left to look after itself for the first time in about 400 years. Emperor Honorius told the people to fight the Picts, Scots and Saxons who were attacking them, but the Brits were not good fighters.

The Scots, who came from Ireland, invaded and took land in Scotland. The Scots split Scotland into 4 separate places that were named Dal Riata, Pictland, Strathclyde and Bernicia. The Picts (the people already living in Scotland) and the Scots were always trying to get into England. It was hard for the people in England to fight them off without help from the Romans. The Picts and Scots are said to have jumped over Hadrian’s Wall, killing everyone in their way.

Hengest and Horsa did help to keep the Picts and Scots out, but they liked England and they wanted to stay. They knew that the people in England were not strong fighters so they would be easy to beat. Hengest and Horsa brought more men to fight for England and over time they won. However, men from other countries also wanted to take over in Britain and they attacked too. These invaders are called the Anglo-Saxons because the two biggest groups were called the Angles and the Saxons. 0ther invaders were the Jutes, Franks and Frisians. They came from Germany, Holland and Denmark.

The Anglo-Saxons ruled in England until the 11th century AD. In 1066AD, William the Conqueror from Normandy beat King Harold II at the Battle of Hastings. This was the end of Anglo-Saxon England and the start of Norman rule.

This is a reminder that you can practice your times tables at: https://ttrockstars.com/

You also have lots of worksheets to complete in your home learning packs.

If you can’t find your login, send the Year 3 team an email (yearthree@lingsprimary.org.uk) and we can send it to you!

Today, instead of adding amounts of money together we are going to be looking at subtracting money. This is what happens when you go to a shop to buy something and the shopkeeper gives you change.

Watch this short video that explains change and finding the difference

Have a go at these questions using the different methods it gives you: 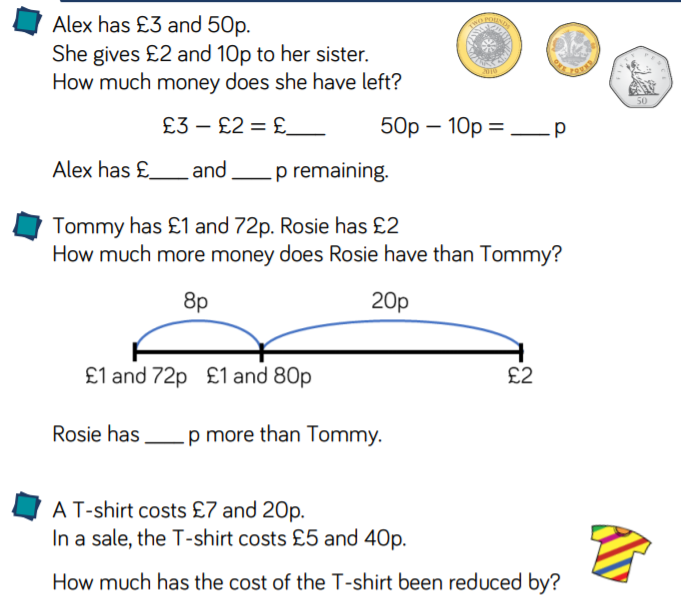 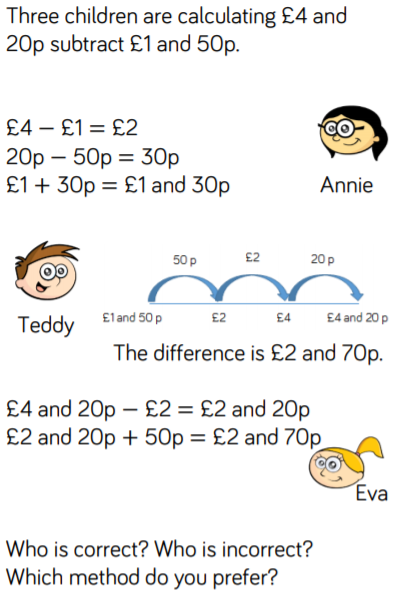 Finished all of that? Want something else to do?

Listen and join in with the months of the year! You should remember them in English from our maths lessons earlier this year:

Want to do some reading but have read all of your books at home?

No problem! Listening to a story is just as good as reading one.