Today’s English task is to write a story…

Using the plan that you created yesterday, write up you story. You will need to type your story into the comments box. Make sure you are still using all of your punctuation.

Use the headings in the plan to help organise your story into paragraphs.

Here is a useful checklist: 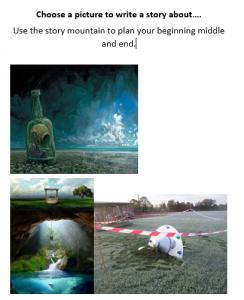