Have a go at this spot the difference:

Have a look at today’s vocabulary:

Retained – continue to have.

Variant – a form of something that changes.

Gullible – easily persuaded to believe something.

Mollified – reduce the anger of someone.

Bravado – a bold manner perhaps to impress someone.

He noticed the steel and scrimshaw ear-studs worn proudly by a couple of Rigg’s companions, to indicate that they were ‘seakissed’. A degree of hearing loss was common among those who spent a lot of time diving or trusting their lives to submarines. Sea-kissed deafness was the mark of a seasoned aquanaut, and therefore generally respected. Sign? he asked them quickly in Myriad sign language and received a nod. Many sea-kissed could lip-read or retained some of their hearing, so it was always polite to ask whether they preferred speech or sign language.

You wanted to see us? Hark signed to Rigg. Since there were so many sea-kissed across the Myriad, virtually all islanders knew some sign language, though the signs varied slightly from one island to the next. Hark could manage the basics of the Lady’s Crave variant, but always felt a bit clumsy with it compared with the grace of those who used it more often.

Yes, though I’m going off the idea, Rigg signed sharply with a scowl. We’ve been waiting nearly an hour! You better not be late tonight. She beckoned Hark and Jelt closer, and the six of them reflexively formed a huddle, so that their signs could not easily be read from a distance.

Tonight? Things were moving even faster than Hark had feared.

We won’t, signed Jelt. No excuses, no apology, just a sky-blue stare.

Rigg jerked a thumb towards the beacon tower on the next headland.

It’s that beacon and the one beyond it, she signed, fixing Hark and Jelt with an assessing glare. You’ll need to put both lights out an hour after the cannon. There’s a route under the lip of the cliff to the one further away . . . You see that ledge under the red streak? One of you will have to climb along that. You can’t use the clifftop path, or you’ll be seen.

Hark was catching up fast and wished he wasn’t. He gave a silent, dry-mouthed nod. Hark was a good actor, but he knew that sea-kissed often had a sharp eye for body language. He could only hope that they hadn’t noticed his rising panic. He wondered if Jelt had deliberately brought him in late, so he wouldn’t be able to protest and back out. Four dangerous people had been kept waiting in the cold – he didn’t have the nerve to tell them that they’d been wasting their time.

It has to be done tonight? Hark asked, thinking wistfully of his gullible, abandoned merchant.

Of course, Rigg signed irritably. The governor’s men will be busy, won’t they?

She was right, Hark realised. Most of the governor’s guards would probably be on the docks guarding the Abysmal Child, watching the warehouse with the new cargo, and stopping people diving in the harbour for fallen scraps of the Hidden Lady. There would be fewer men patrolling the cliffs and the coves.

They’ll hold an Appraisal tomorrow to sell off the Abysmal Child’s godware, I guarantee it, continued Rigg. After that, patrols will be back at full strength. It has to be tonight. No problem, answered Jelt.

‘You didn’t ask,’ Hark said bitterly, as twilight settled on the island like a sour mood. ‘You never ask, Jelt.’

‘Wasn’t time, was there? You got to grab these chances when they come. And we were only late because I spent hours finding you in that crowd!’

‘You did have time to tell me!’ Hark began, but already he knew it was pointless to argue. If Hark stuck to his guns, really stuck to them, that would lead nowhere good.

‘Look,’ continued Jelt, ‘here’s how we do this. We hide on the hillside till it’s time, then I climb up near to the first lantern, and you take the ledge path to the second. You knock out your lantern as soon as you can, and I’ll kill mine when yours goes dark.’

‘I still don’t see why I have to do the climb along that ledge,’ muttered Hark.

‘Are you joking?’ Jelt halted in his tracks and stared at Hark with wide, angry eyes. ‘I’m trying to show Rigg what you can do, Hark! You think I couldn’t have got somebody else for this? I brought you in because we’re friends! You’re a decent climber, and after tonight, Rigg’s whole gang will know it.’

In spite of his annoyance, Hark couldn’t help feeling a little mollified by the compliment.

‘Anyway,’ added Jelt, ‘that path’s got an overhang. You’re shorter than me, it won’t slow you down as much. Also, the one hiding near that first beacon has to stay there, ready to break it, no matter what happens. What would you do if the governor’s men showed up there? Give them a smile? Tell them a nice story?’

‘What would you do, then?’ Hark retorted. ‘Chuck ’em all off the cliff?’

Jelt gave a bit of a shrug and a dangerous little smirk. I might, said the smirk, if I feel like it. He was always like that in the face of a potential fight. Bravado toothed with a hint of real threat. Joking but not joking. You couldn’t prove anything either way.

‘Why do they want the lights out, anyway?’ muttered Hark.

Below are a list of words that we have used before. You job is to remind yourself what they mean (either using your memory or a dictionary), write their definition and then put them in to a sentence.

This week, we are going to be completing work on fractions!! Everyone get excited! Don’t panic though it will mostly be a recap of the work that we have already completed.

Today we will start by looking at finding equivalent fractions.

Can you remember how to find equivalent?

Remember in order to find an equivalent fraction, you simply follow the rule of whatever you do to the bottom, you do the top. Therefore, if you multiply the bottom by 2, you need to multiply the top by 2.

What is an equivalent fraction to 3/8?

What about simplifying fractions? Can you remember how we might simplify 30/54?

We follow the same rule of whatever you do to the bottom, you must do to the top but this time we are trying to make the numerator and denominator as low as possible whilst still keeping it equivalent. You may need to repeat the steps more than once and there will be some fractions that cannot be simplified.

Look at this example:

I know that 30 and 54 can be divided by 2 as they are both even numbers so I will start with that.

Now I have 5/9. This is much smaller than my original fraction (even though it is still equivalent). Am I finished?

No, 5 is a prime number so I can not make it any smaller. Therefore, I am finished.

Last week, you started learning about the history of Cadbury’s Chocolate. Over the next few weeks, we are going to be designing a new chocolate bar including the flavours, the packaging and the advertisements.

Your job today, it to start thinking about the ingredients that will be in your chocolate bar.

Use this first sheet to think about different chocolates that are out there. Consider the flavours and whether you like them or not (maybe you could have a little taste test if you have chocolate in your house!).

When you have completed that, it is time to think about the flavours and ingredients that you will use.

Use these sheets to work out how much it will cost to make one chocolate bar. 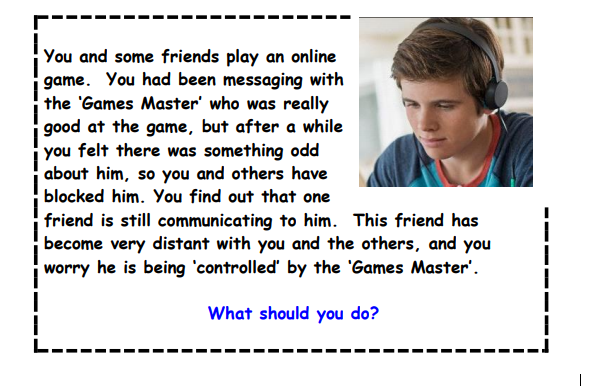 Discuss this with people in your house.